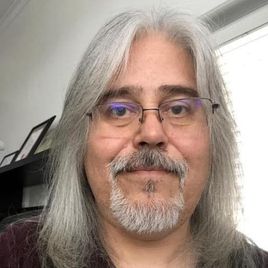 “As a proud member of Tsawwassen First Nation, Andrew is interested in raising the quality of life for his community, and for all indigenous people, and protecting the environment that we all depend on. Through the use of Etuaptmumk, or “Two-Eyed Seeing”, Andrew seeks to integrate traditional ecological knowledge with western ways of knowing, with an emphasis on business tools and techniques, to create partnerships and projects that deliver economic value and promote sustainability, and advance reconciliation. During his tenure at Tsawwassen, Andrew worked on the negotiation and implementation of the Tsawwassen First Nation Final Agreement, the first urban treaty in British Columbia. He is currently employed with Transport Canada, as a Program Manager with the Oceans Protection Plan.

Andrew has served Tsawwassen twice as an elected leader – during his term as a Legislator, Andrew was an Alternate to the Board of Metro Vancouver, and was Tsawwassen’s representative to the Mayor’s Council for Regional Transportation.

Andrew did undergrad studies in land and natural resources management at the University of Saskatchewan, and he holds an MBA in Indigenous Business and Leadership from Simon Fraser University, where he is also a visiting lecturer.

He values volunteerism, and has served on the boards for BC’s Aboriginal Agricultural Initiative, Vicki Huntington’s Delta-South Riding Association, the City of Delta’s Heritage Advisory Commission, and the Delta Liberal Electoral District Association.

Andrew is a musician with recording and touring experience and also a photographer and visual artist. He has two teenage children, with whom he shares a love of travel, performing, writing and culinary arts.