Last week, the fatal shootings of eight people in Atlanta included six Asian women, intensifying the focus of anti-Asian racism and acts of violence across the United States and the world at large.  However, it’s only the latest act in a surge of violent incidents that have increased attention since the beginning of the pandemic.

Experts and researchers alike have maintained that there are several factors behind the rise in anti-Asian racism over the last year, including a long and documented history of xenophobia toward Asian communities, as well as former President Donald Trump and other political leaders repeatedly using racist terms and rhetoric to commentate and describe the COVID-19 virus.

Although the investigations in Atlanta are ongoing, experts and activists say it’s impossible to divorce race and sexual violence from the suspect’s motives.

“There’s a clear correlation between President Trump’s incendiary comments, his insistence on using the term ‘Chinese virus’ and the subsequent hate speech spread on social media and the hate violence directed towards us,” says Russell Jeung, a co-founder of Stop AAPI Hate and a professor of Asian American Studies at San Francisco State University. “It gives people license to attack us. The current spate of attacks on our elderly is part of how that rhetoric has impacted the broader population.”

Where Does Anti-Asian Hate Come From? 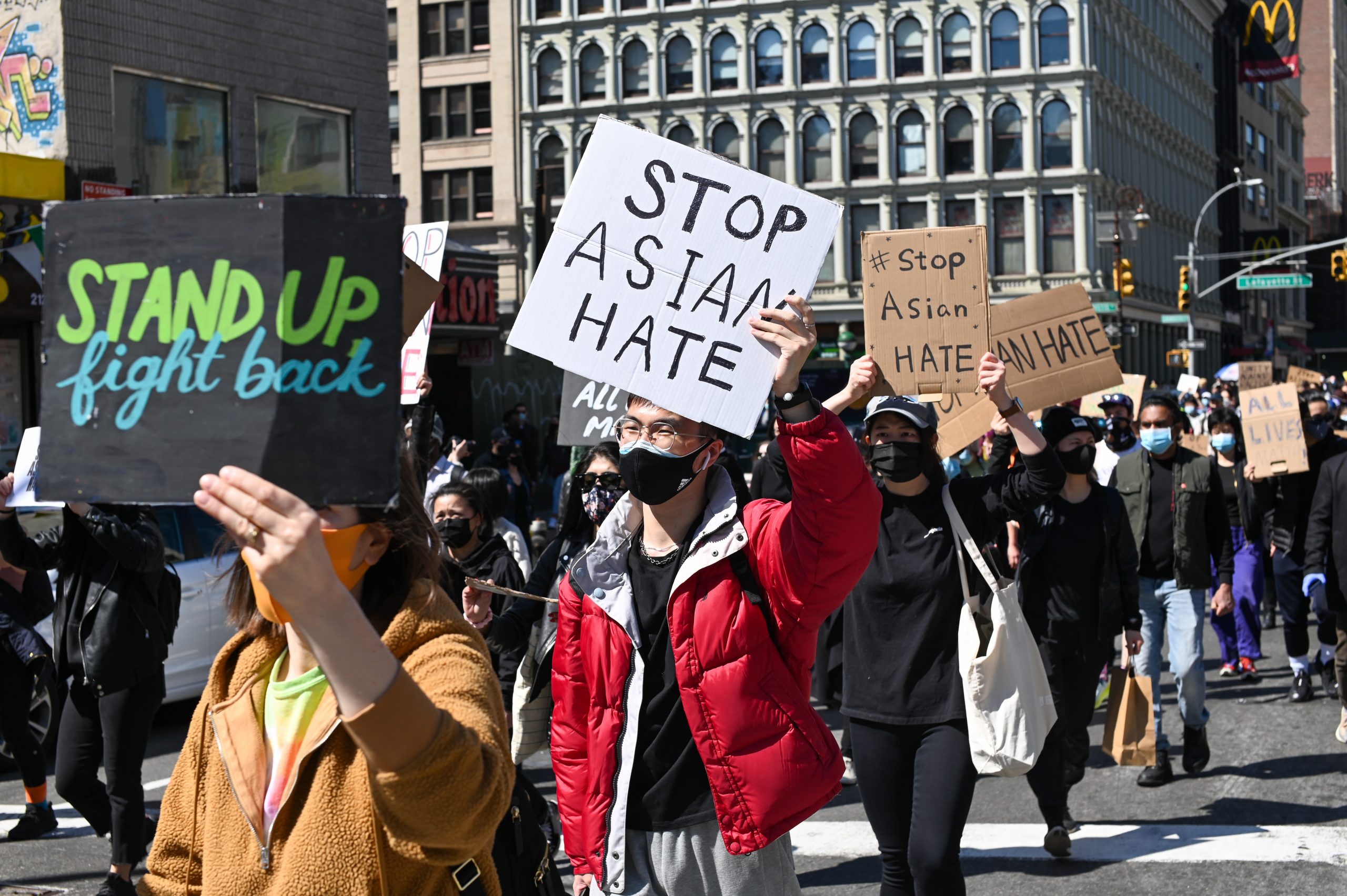 To be an ally for racial justice, it’s important to educate ourselves on the history of anti-Asian racism and understand how racial bias and xenophobia have been impacting the well-being of the AAPI community.

Anti-Asian racism is embedded in history and runs deeply from centuries ago. During the first wave of East Asian immigrants to the US in the 1850s, exclusionary policies and physical acts of violent racism have manifested into more covert and subtle aggressions.

With the rise of the COVID-19 pandemic, such rhetoric has bubbled up to the surface. Stop AAPI Hate is a national coalition documenting and addressing anti-Asian hate incidents. From their data, Women are more likely to be targeted and accounted for 68% of the reports, versus 29% for men.

In addition to the sheer violence and discrimination Asian communities are dealing with, there is a pervasiveness in non-violent rhetoric that fuels and distorts the public’s feelings more broadly.

An example of this is the model minority myth, constructed during the Civil Rights era to divide racial justice movements, which suggests that Asian communities are more successful than other ethnic minorities because of hard work, education, tight-knit family dynamics, and generally paint them as a passive, law-abiding community.

This absurdly monolithic and general patina contributes to the erasure and discreet nature of reporting violence against Asian-Americans. While Stop AAPI Hate cataloged nearly 3,800 hateful incidents, most of which targeting women, the numbers are likely only a small fraction of actual events.

“There are barriers to reporting,” said Jeannine Bell, an Indiana University law professor and expert on hate crimes. “Individual victims have to feel as if they are comfortable enough to report, and most likely they don’t.” The most common type of discrimination is reported as verbal harassment at 65%, which constitutes name-calling, racial slurs, threats, and swearing. Assault makes up a whopping 30%, which includes targeted coughing, spitting, and physical violence. 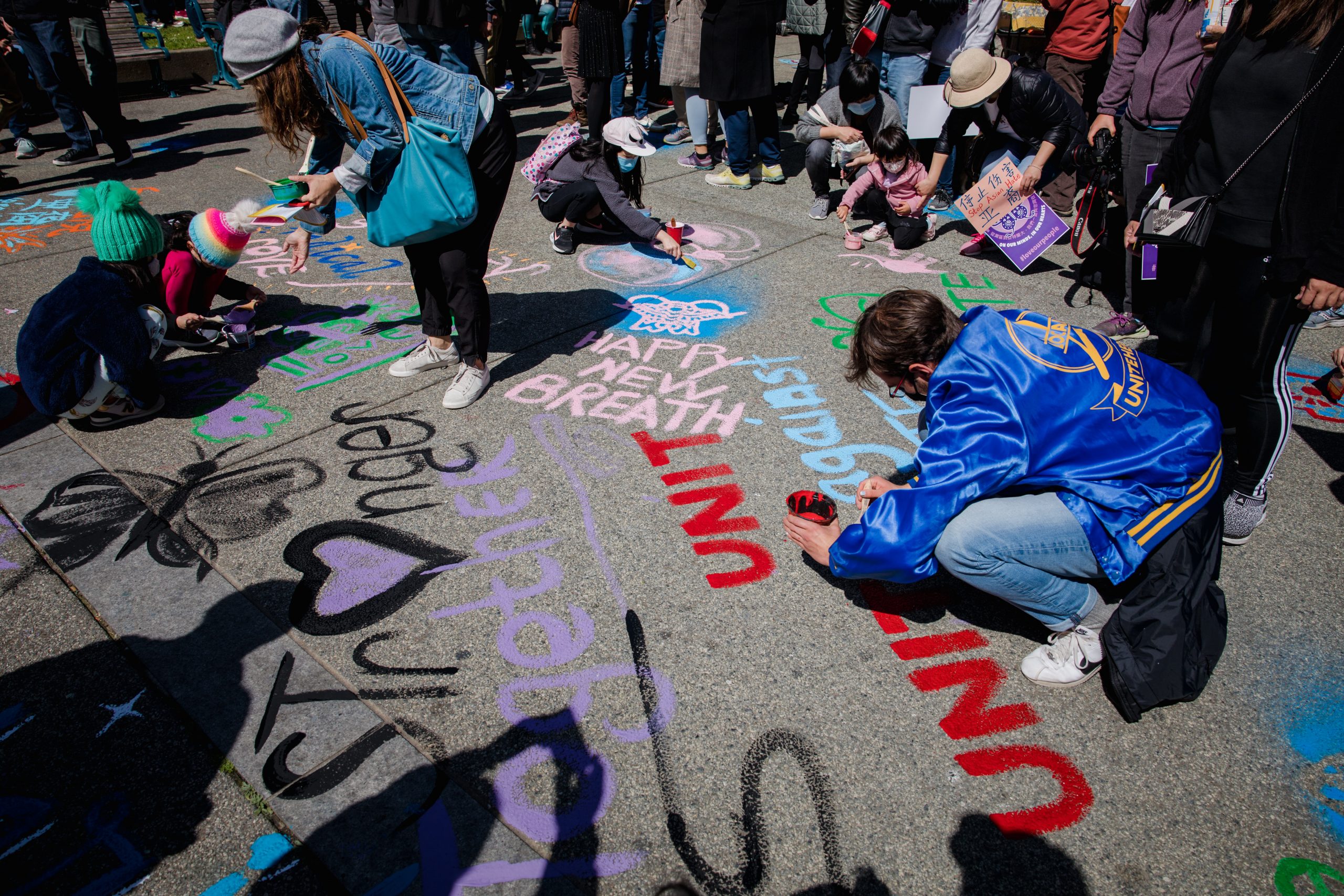 Hate crimes against Asians in Vancouver rose by 717% in the span of one year (from 12 incidents in 2019 to 98 in 2020.) Since the start of the COVID-19 pandemic, more than 800 anti-Asian racism incidents have been reported to covidracism.ca. Most Asian-owned businesses are seeing a prolonged drop in business.

Prime Minister Justin Trudeau condemned the violence against Asian Canadians during a daily press conference in May 2020 but has not taken any concrete action. In BC, the provincial government plans on bringing anti-racism legislation forward this year and is working with law enforcement across the province to ensure the proper prosecution of hate crimes.

In Ontario, the city of Toronto has launched an educational campaign to raise awareness for anti-Asian racism. The Toronto District School Board and Elementary Teachers’ Federation created a resource document to help educators address anti-Asian racism in the classroom.

How Do We Have Better Conversations about Anti-Asian Hate? 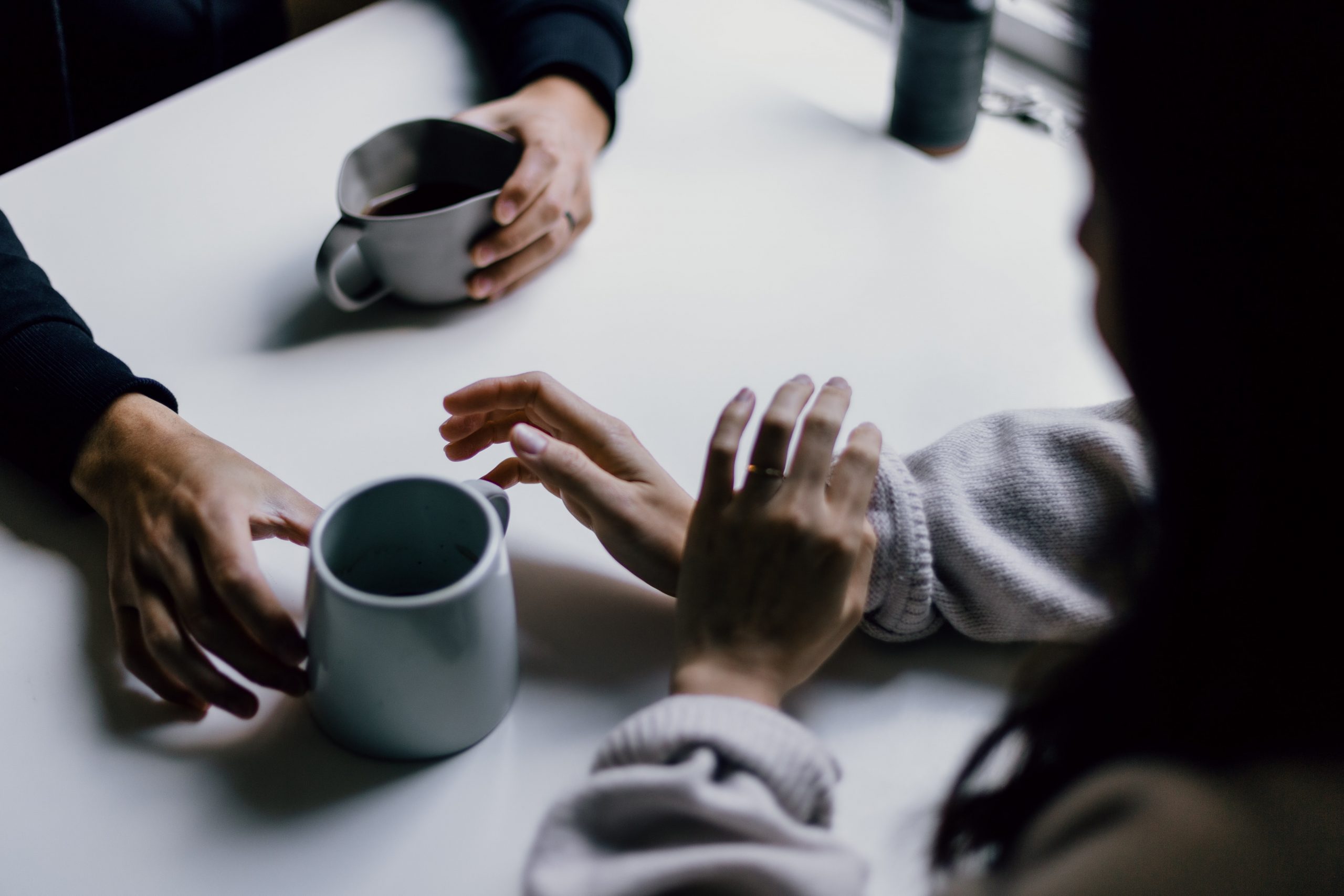 Educate yourself. While you may not be able to prevent or predict the surge in hate crimes directly, you can certainly educate yourself and others on the nature of these aggressions, their historical contexts and implications, and indulge in the movements and community resources directly aligned with the issues to further your understanding and involvement. This way, you’re not just someone with a “take” on current events – you’re a valuable resource to those around you, and you are up to date on the latest developments within your community.

Choose who you want to talk to and how. It may be more beneficial to start with people you know well and trust. You’ll feel equipped and comfortable to engage in the conversations and educate each other instead of engaging in the cynical and futile corners of the internet and social media. Choosing your battles and avoiding unproductive dialogue is huge, and often one-on-one or small group conversations can have the most profound effects.

Establish goals for the conversation. Before embarking in dialogue with anyone, it’s important to have an idea of the specific points you’d like to convey, as well as a call to action. Keep in mind that one conversation won’t resolve the decades of racism and hate that’s embedded in this issue. You may have a tangible goal or cause, though encouraging a donation or petition signing that can create a real impact.

How Can You Take Action? 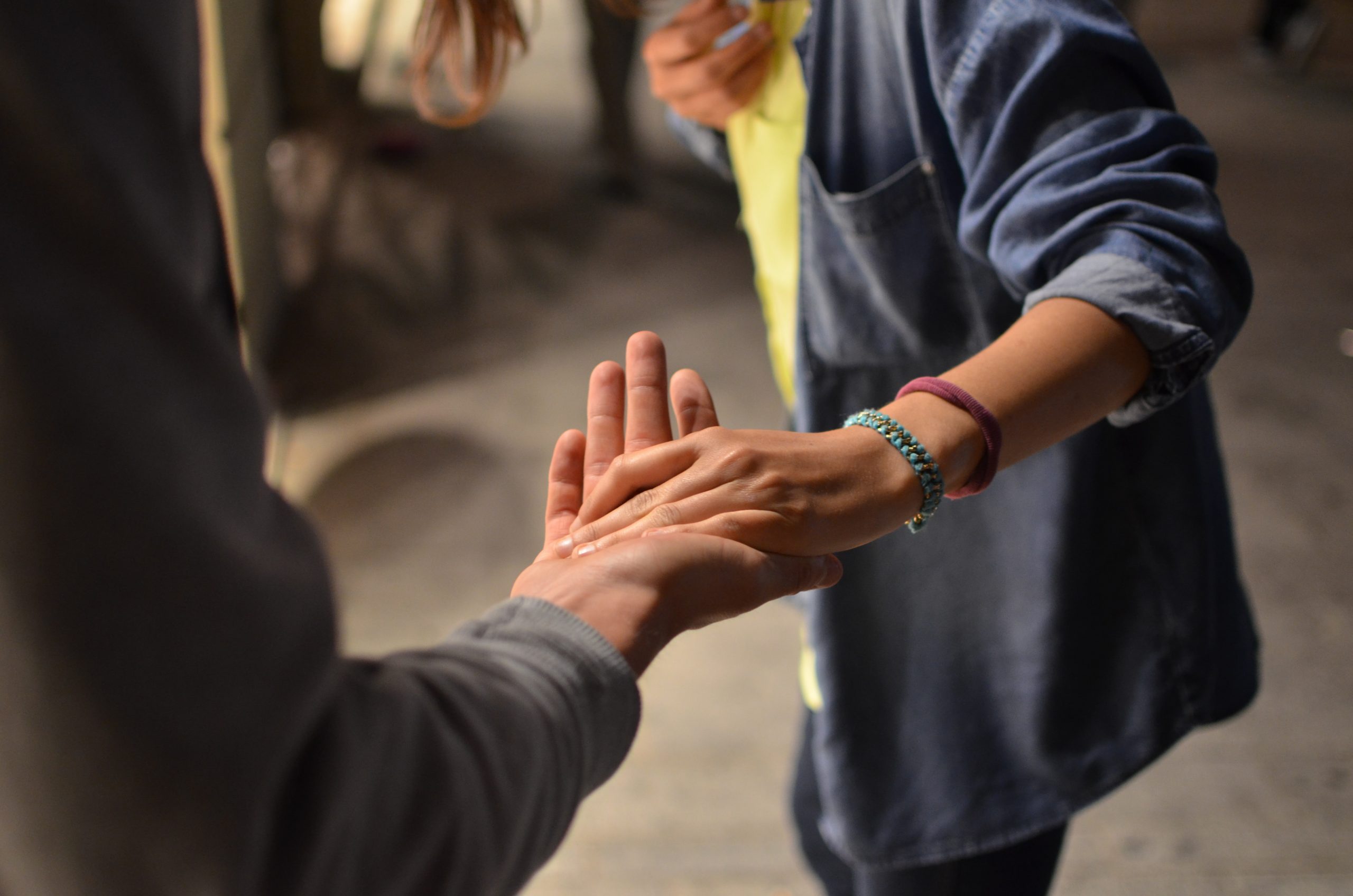 Whether you’ve been a victim of anti-Asian racism, witnessed it, or want to educate yourself, here are some resources, tools and networks you can use today to learn, heal, donate, and take action against racism:

This organization gets its name from the violent anti-immigration rally that erupted in Vancouver’s Chinatown and Japantown in 1907. Project 1907 is run by a group of Asian women dedicated to elevating Asian voices that are underrepresented and undervalued in mainstream political, social, and cultural discourse.

Elimin8Hate has formed a dedicated racism reporting centre online in partnership with Project 1907, the Chinese Canadian National Council for Social Justice, and the Vancouver Asian Film Festival. Users can log onto the website to report racist incidents. It’s been translated into several languages to support the Asian community effectively.

Hollaback is an organization offering virtual training and seminars on harassment prevention. Hollaback also has a component that helps individuals to recover from trauma related to acts of hate and violence.

S.U.C.C.E.S.S. has been around since 1973 and helped over 72,000 individuals through its services. Its robust counselling and crisis support programs include helplines with Mandarin and Cantonese-speaking support workers, support groups, family counselling, and more.

The Chinese Canadian National Council for Social Justice and their #FaceRace Campaign is making powerful strides across Canada. Backed by the Government of Canada, their mission is to share stories of the anti-Asian racism in Canada before and during the pandemic.

5 Podcasts that Promote Diversity and Inclusion

By: James Matthews, a Laurier Institution Blog Contributor Podcasts have flourished during COVID-19 despite reduced commute

By: Terri Hopkinson, a Laurier Institution Blog Contributor International Transgender Day of Visibility is a

How to Create a Culture of Inclusion at Your Workplace

By: Isabelle Vauclair, a Laurier Institution Blog Contributor “Inclusion is not a matter of political

By: Terri Hopkinson, a Laurier Institution Blog Contributor For a lot of office workers, this